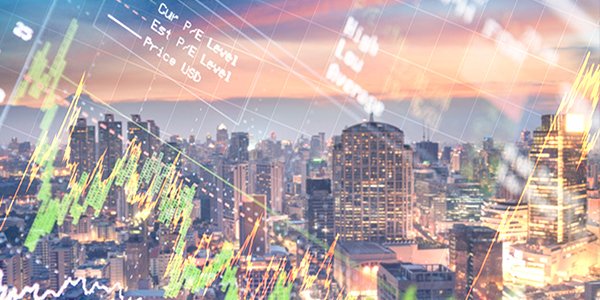 The end of the first quarter offered up sobering thoughts on the global economy. Failed healthcare reform in Washington cast a dark shadow on the Trump administration’s America First plan, rattling investors’ sentiment from Wall Street to Tokyo. As a result, Canadian stock markets failed to generate significant growth even as the economy finally showed signs of progress on a number of fronts.

The Toronto Stock Exchange climbed to fresh all-time highs in February before paring gains over the next month to finish with a modest quarterly gain of 1.7%. Although the Trump reflation trade extended north of the border, gains slowed significantly in March as investors began to doubt the new administration’s ability to implement pro-growth policies. The large-cap S&P 500 Index fell off all-time highs in March, but still returned 5.5% on the quarter. By comparison, the technology-heavy Nasdaq Composite Index gained 9.8%.

Domestic Economy Surprises to the Upside

Amid an apparent slowdown in U.S. economic growth, the Canadian economy accelerated at a faster pace at the start of the year. Gross domestic product (GDP) expanded 0.6% in January, matching the June expansion which was also the strongest since 2011. The fast start puts Canada on track for first quarter growth of 4%, according to economists at CIBC, RBC and Scotiabank. That’s well above the 2.5% growth predicted by the Bank of Canada in its January forecast.[1]

Faster economic growth was accompanied by stronger employment and retail sales, two important proxies for consumer health and willingness to spend. Consumer spending has buoyed the Canadian economy since the global recession.

The surprise upsurge in growth hasn’t convinced the Bank of Canada (BOC) to relent on its cautious long-term assessment of domestic finances. The BOC, which last cut interest rates in July 2015, has warned of “significant uncertainties” ahead.[2] Those uncertainties stem from U.S. President Donald Trump’s protectionist policies. Since coming to office, Trump has already signed an executive order to begin reviewing the North American Free Trade Agreement (NAFTA), which has guided free trade between Canada, Mexico and the U.S. since 1994.

Canada and the U.S. trade more than $2 billion in goods and services each day.

BlackRock (BLK) made a profound shift to its business model last month by overhauling its stock-picking unit in favour of computer models. The world’s largest asset manager, with over $5 trillion in total assets, will shift its focus to lower-cost quantitative equity funds that rely on computer algorithms to make stock selections as opposed to human money managers.[3]

The shift from humans to algorithms will have significant implications on the financial markets by enhancing low-cost, passive investments. This could drive even higher foot traffic to exchange-traded funds (ETFs), which now hold over $3.4 trillion in total assets.[4]

ETFs have carved out a strong presence in Canada, with recent data showing high adoption trends among institutions and asset managers using fixed income and smart beta strategies. In its fourth annual ETF study, sponsored by BlackRock Canada, Greenwich Associates found that participating institutional investors hold an average of 16% of total assets under management in ETFs.[5]

Inukshuk Capital Management specializes in ETF portfolio construction. Click here to learn more and to sign up for our free report, Top 10 Things to Look for When Considering an ETF.

Earnings, Geopolitics in Focus in Q2

The second quarter was off to a slow start for global equities, as investors weighed geopolitical risks and policy uncertainty ahead of corporate earnings season. The outlook on fiscal first quarter earnings is favourable, with financial data firm FactSet anticipating 8.9% year-over-year growth for the S&P 500. If forecasts hold, that would mark the highest earnings growth since Q4 2013.[6]

The markets are also looking to the U.S. Republican administration to implement promised tax cuts and looser regulations to spear-head the next phase of domestic growth. Investors are viewing the Trump administration more critically after House Republicans shunned a repeal of Obamacare last month.